no blog entry today. busy having a life.

Well, maybe just a minute to acknowledge Gov. Sanford. Can you imagine “Oh honey, I was just out hiking the Appalachian Trail”.   I feel sorry for all the married men who really are on Appalachian Trail…. Gotta love politicians. Those boys just can’t keep it zipped up. 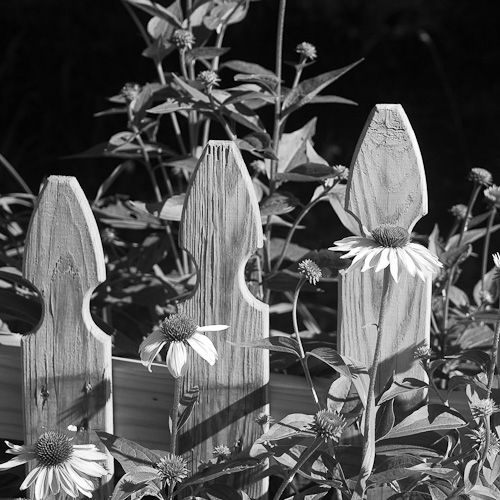 I am suffering from a lack of interest in my photography project today. So, today’s image was a reject from yesterday. All of today’s images were rejected.

Have I mentioned lately that WordPress is really easy to use and I don’t miss my old “roll your own” style blog one bit? Still haven’t “upgraded” to the latest version. 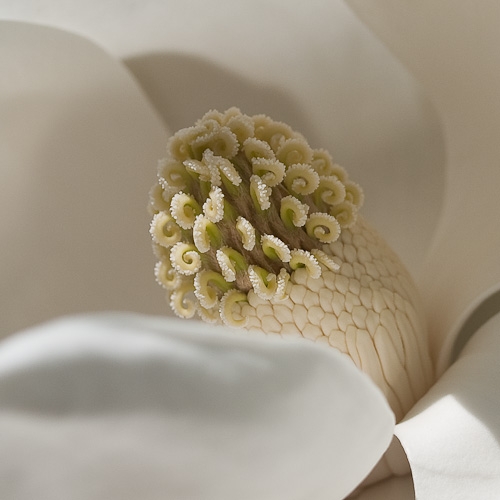 The old residential area near our urban nest is infested with magnolia trees. And, in June and early July they are in maximum bloom. Unfortunately, most of the blooming is done well up the trees. So, you need to know where the baby magnolia trees are to get an interesting picture.

I am suffering from “toy-lust”. Not need – but greed.

All these things being old folks expensive tech toys. 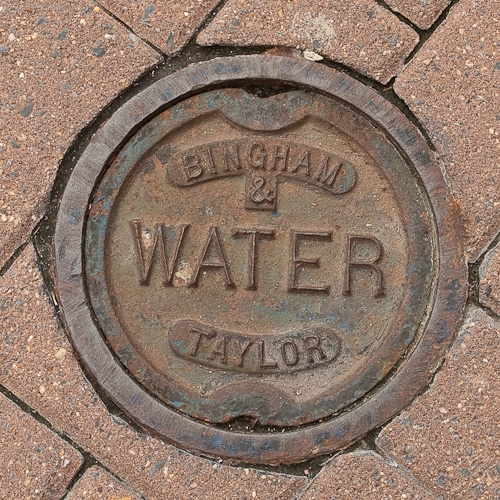 Not much of a day for picture taking. Wasn’t even all that interested in playing with Lightroom. Did find the rather British looking manhole cover next to the shopping mall.

What I did do, was continue on my path to a “less paper” lifestyle. Most of the old stuff just got tossed. But, some got scanned and stored as PDFs.  I  recommend adding gscan2pdf to your Linux scanning tool kit. The only issue being I can only get OCR to work in German. I have very little German stuff to scan. But, I am not planning on OCRing anything anyhow. I am PDF-ing.

I did not toss my original birth certificate with little footprints. Don’t know why I am keeping it. I know that I was born.

I did toss – and did not scan – my original Internet account. From 1995. There were 8 single spaced typed pages telling you how to get online. I also tossed all of my old receipts for hardware and software. Didn’t even think about adding up how much money I have spent. Note that in early 1995 I was running a dual boot system, DOS 6.22 and Windows 3.1.

Dad died in the August 2000.  He always had a camera handy, most of time he would spend an entire year shooting a roll of 36. Mostly he took pictures of his friends, family and the occasional flower or home grown tomato.

When I had the pictures processed at the local K-Mart, I was stunned to find this image. It was taken from the carport of our family home in the slums of  northwest El Paso.  It would have been sunrise. And, since the leaves are off the trees, most likely in the late winter.

Playing with a new blog theme. And, working on deleting – or rather shredding and tossing – as many of paper files as possible. And where ever possible, anything that I want to save – PDF-ing  and then shred/toss. 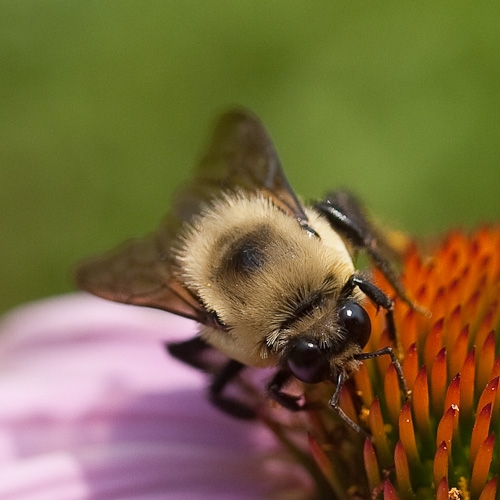 It didn’t rain today. Maybe I can stop working on the ark. The big event of the day was lounging around the pool.

And, taking pictures of bees over at the Nature Conservancy. Panasonic L1 with cheap-ass Oly macro lens. 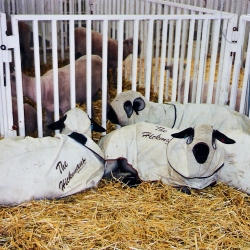 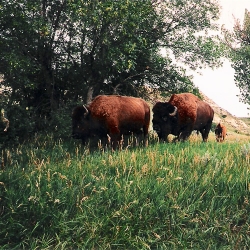 Another rainy day. Decided to see what Lightroom would do for old snapshots. These are from North Dakota – summer of 1997, I think. Click on them for the big version.

Really impressed with Lightroom. It is silky smooth. Might even be worth 200 bucks.

In addition to WordPress and NextGen Gallery, now my iPod wants to be updated. Apple wants $10 for the upgrade. But, it doesn’t seem to be worth it to me. So, the iPod upgrade is being  ignored. 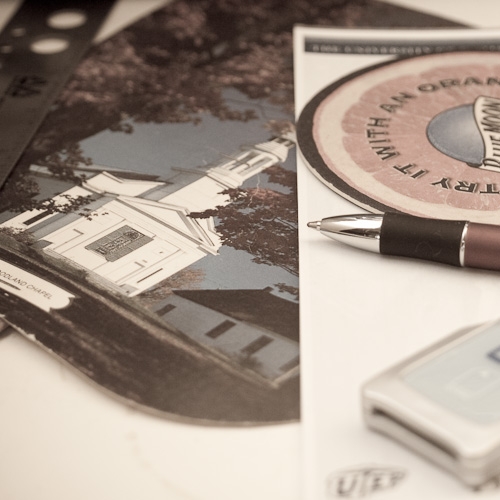 Rain today – just played around with a picture I took of the top of my desk. My real desk top, not the computer one.

In my volunteer job, I am a paper wrangler. We are buried under mountains of paper. So, as of this afternoon I vowed to “Go Less-Paper” at home. I am already pretty paperless – but, little scraps of paper do pile up. Well, that is why I  have a scanner. And a shredder. And a trash can. 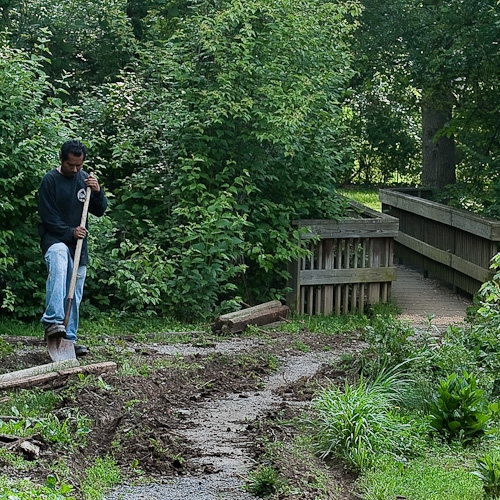 Don’t you just hate it when your commute to the office is interrupted by path construction?

This was not the best image of the day. Got more magnolias to play with. My route to work is infested with magnolias. But, I wanted to test out Lightroom doing something other than flowers.

Still resisting upgrading my version of WordPress and NextGen Gallery.  Why do I resist upgrading free software, whilst being so willing to upgrade cameras and iPods at the first hint of “new improved”?

Construction is today’s Square. 3 of 30.

You know you are old when the articles in a paper about caring for your elders is no longer targeted at you. And, when you realize that your totally vigorous companion of the last quarter century is only five or six years away from REALLY OLD. We humans are good at denial. We make plans about where to go to college. Where to send our kids to pre-school. Anybody seriously planning on where to go when we do end up “sitting in the corner and drooling” – to quote the Senior George Bush. Maybe it is time to get on the wait list for a good assisted living place. Is “good assisted living place” like “jumbo shrimp” or “military intelligence”?

Enough of these thoughts – time to go to volunteer work. Not as exciting a jumping out of an airplane strapped to a studly paratrooper. But, it beats contemplating adult diapers. 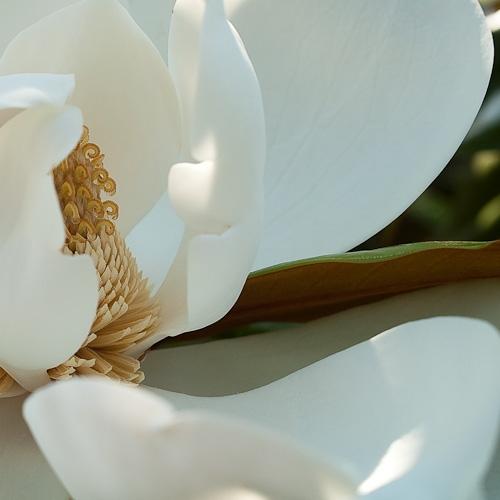 Went to see the doctor again today. Things are still out of order and require adjusting. But, hey, I am still here and I have a month before I have to go back. 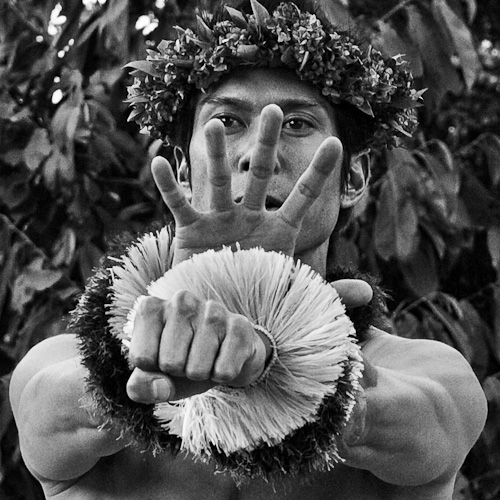 Yesterday, I did not take in the nude bike race, but rather the Hawaiian Cultural Festival at the Indian Museum.

Decided to take Lightroom for a 30 day test drive. Since it is a $200 chunk of not-Unix software – it has got to prove its worth. So, to that end, I am starting a 30 Squares in 30 Days photography project. Each day a new – square – photo. Processed with Lightroom.

And just for comparing. This is the version of the same image that I did using PhotoShop Elements earlier this morning. It really doesn’t seem to be worth $200 for the difference. But, have 29 more days to play.