Forbin, the MacBook Pro, and I are having a little disagreement at the moment. Time Machine has ground to a complete halt. First, I thought that the external drive was full. Nope. So, I restarted the computer. Nope. I turned the computer off. Nope. I restarted it in safe mode. Nope. For an hour or so, I suspected my VMWare. But, I don’t think that is the issue. A couple of days ago, Lightroom rebuilt its 40gig catalog. At this instant Forbin is trying unsuccessfully to backup everything except the Lightroom catalog in safe mode. And I am using the little iPad. I am really too old for this shit. Time to get more Dropbox space and let that be my backup ?  I sure don’t need another cloud storage account  iCloud, Google and Dropbox.   My iPads use iCloud, my phone and email use Google and I use Dropbox .

And, I am really tired of this COVID-19. Today it’s just oppressive. I have gotten so boring heck, I even bore myself. Now, I understand, there are worse things then being bored. But being boring is an entire different thing. I just want it over. And I know that’s not happening any time soon. Hope for the best and plan for the worst. That’s about all any of us can do.

Today I wished that Mr C was here to share this miserable year with me. That’s not very nice of me. Because, I really am glad that he missed it.

Coffee. That’s about all for gratitude today. Well and chocolate. And indoor plumbing. Alexa, the kindle, elevators, central heat.

A little Halloween humor at the Asylum Front Desk. The pumpkin says “Your phone is off the hook”. Years ago, the Asylum decided to save money. Instead of installing a “help I have fallen and can not get up” system, they decided to just tell the residents to knock your phone off the hook if you were having a heart attack. Last year the Front Desk people responded to more than 1,600 off-hook incidents. As I recall one was a real emergency.

Grateful for cold rainy days that make the warm sunny ones all the sweeter.

Our weed patch is still attracting bees. And, it is very cheery in an unkempt way.

Grateful that it takes the fingers of two hands to count my real friends.

The Asylum must be trying to limit unlawful assembly by turning the chairs over. Most of our residents aren’t strong enough to right a teak chair.

Glorious warm sunny days seem to be coming to an end. Hawai’i? Bermuda? or be sensible and hunker in the bunker? Time will tell.

PS: the picture up top – that was late last October. We wear masks in Northern Virginia.

Went to the “far away” grocery this morning. The weather was nice. Some exercise was in order. So I went to the grocery that is 1.5 miles away. It also has pretty good grocery store sushi.

I was also picking up some coffee (hoarding?) and I needed eggs. Noticed that they had quail eggs and duck eggs. In addition to the usual selection of brown, white, organic, free-range,  factory, eggs in 6, 12, or 18 packs. Except for the price, the egg department is pretty much pre-pandemic. I guess this is a good sign. 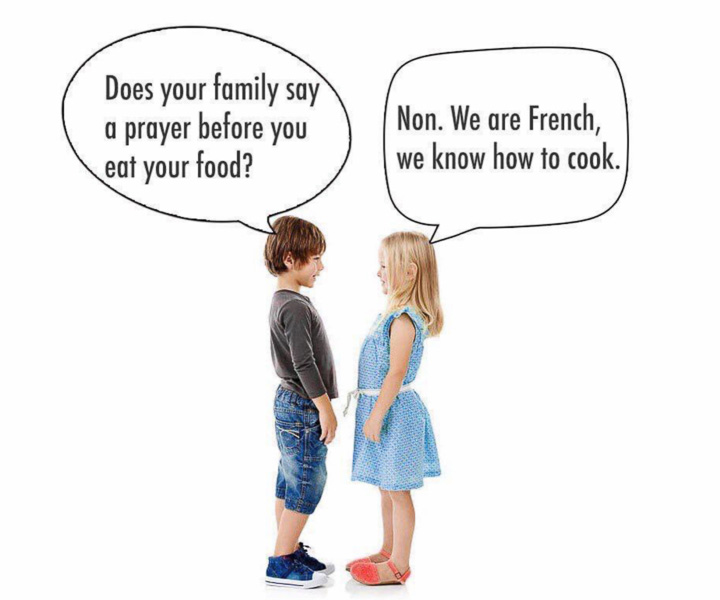 This amused me way too much. Had to steal it. Don’t know who to credit.

Grateful that good sushi is within (long) walking distance.

On the not good news front. Another resident of The Asylum died of COVID this week. It’s not all duck and quail eggs if you are old.

When I finished work the morning, I looked out the window. And there was no outside outside. Totally fogged in. I “go” to work shortly before 6AM. And, I try to get everything done before the real workers start using the database. Works for me, because the old brain doesn’t improve as the day progresses.

Still in this strange state of waiting for the wheels to fall off. The weather is great. I am not frantic about the upcoming election. I have done all that I can. Not obsessing about COVID. I am uncommonly tranquil. Which must mean that I am missing something big and important. Maybe I am just a deer stuck in the headlights.

It was a beautiful day in the neighborhood. So, I went for a walk. Looking for autumn.

Another day of grace. Warm weather. Good friends. Oatmeal cookies. Coffee. And enough work to keep me out of trouble.

A friend in Zoom yoga reminded us that if you vote early you can “pick your weather”. That man had a good point. There will be plenty of waiting outdoors on Nov 3. And, you don’t know what the weather will be like. This election is too important to miss because it was too cold, rainy, hot, snowy, whatever. Vote as soon as you can.

Went out looking for autumn – poison ivy is always good. It turns a nice cheery red in the fall. Just like I do if I encounter it unawares.

And today was another one of those mellow waiting for the next bad thing to happen days. I am surely getting better at enjoying the goodness that comes along.

Grateful that I have been able to adapt as well as I have (and I admit it ain’t great) to the new normal. I have stopped thinking about “when things get back to normal”. There never was normal. There is just what is.

My friends are like cheerful chipmunks – they are out scurrying around, stocking up before the next uptick in Covid locks us up. And there is the possibility of civil unrest after the election. I have done my share of scurrying and stocking as well. But, I am still thinking about my escape to Hawai’i. The only problem I see is the “exit plan”. Always know how you are going to get out. And, that is what I haven’t figured out. If it all goes to hell, how will I get back to The Asylum. And would I even need to get back if it is really that bad?

I went for a longer than usual walk this morning, but I didn’t know that I made it all the way to Pennsylvania!  We really need to win Pennsylvania.

Grateful for this small interlude of peace and tranquility. I don’t consider it boring. These are days of grace. I am trying to savor them.

If you are considering not voting  – just remember how well that worked last time. The Republican Governor of Maryland wrote in Ronald Regan. Don’t do that either.

A lazy chilly (for me) fall day.

I had no work to do. I felt that I had done enough walking for the week. So, I curled up in my recliner, covered myself with a blanket, filled up my mug with coffee, and read the newspapers that I hadn’t finished earlier in the week. That was what I did today.

In 16 days we can start to take our country back. It will not be the end. As Winston Churchill said “but it is, perhaps, the end of the beginning.”

As the story goes, there was a Wiccan Chaplain volunteer who came to my hospital. He/she had stashed some crystals in the office. She/he left and didn’t take the crystals. In due time – they were set out with the trash. I was getting ready to walk home and decided to “rescue” the one that I liked the most. I picked up a nice chunk of clear quartz. That was a couple of years ago and the quartz has lived on my windowsill ever since. Sometimes it refracts light nicely.

Maybe I should see what this crystal is supposed to do? Well, according to Google: white crystal is considered a “master healer.” It’s said to amplify energy by absorbing, storing, releasing, and regulating it. It’s also said to aid concentration and memory. Physically, clear crystals are claimed to help stimulate the immune system and balance out your entire body.

I don’t think it is working in my case. My concentration and memory are definitely slipping. I am surely not “balanced”. But, maybe without the crystal, I would be worse. Or do I need a Wiccan to turn it on? Can Alexa to fire it up?

Big activity today was to walk to the “far away” grocery for a can of pumpkin. Also, laid in a “just in case” supply of coffee. I think that might be called hoarding.

Grateful that I can still make a three mile round trip to my favorite grocery store. (But, when I was coming out, the bus that stops right in front of The Asylum was pulling up and looking pretty damn good. I didn’t get on.)

Ordered a rare petit fillet from the menu. I have some broccoli, so, I will make beef and broccoli for dinner.

A pretty boring day. The most exciting thing was discovering a bunch of still life setups in the art studio.  So, what not to do but take some pictures and then post-process.

Grateful for new wool socks. And for the interesting clouds out the window.

Didn’t order any Asylum meals today – so – it’s cooking for me tonight. Thinking maybe I’ll saute up some chicken with an apple. Think that will be within my skill set. Some Jimmy Buffett, some beer, some sauteing. Then some eating. Finally, some cleanup.

Nice warm fall day. Walked around the residential part of the neighborhood – not my usual lap around the strip malls.

Grateful to be alive. Alive is a biggie.

Just checked my hospital email. There was a really poor phishing email. I gotta believe that it was the in-house security team checking to see how stupid I am. A real phish would have been better done. Deleted it. That was the most exciting thing that has happened all day. And that is OK.